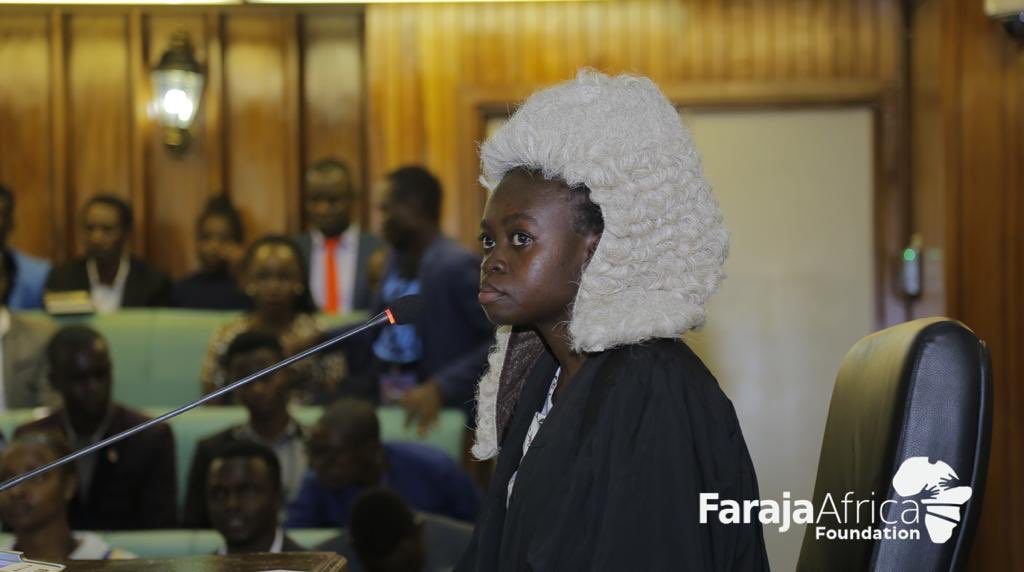 Call for Applications to The Vijana Legislative Assembly Tanzania, 2021

The Vijana Legislative Assembly-Tanzania is a platform that builds up to the East African Youth Parliament initiated by Faraja Africa Foundation. Vijana is a Swahili word to mean youth, and the assembly is aimed at fostering safe spaces for increased youth participation in parliamentary and legislative processes, civic and political affairs within the EAC partner states.

This is a call for participants in Tanzania to join in and be part of processes that contribute to the strengthening of participatory decision-making that enables pursuits for employment and increased access to empowering social services for the youth in Tanzania on the 15th October 2021. We are proud to partner with Voice of Youth Tanzania, Tunaweza and other partners.

The 2021 Vijana Legislative Assembly Sitting will engage 100 youth in leadership both physical (30) and (70) in Virtually all regions in Tanzania.

The Vijana Legislative Assembly aims at:

▪   Creating a safe and inclusive youth space for decision-making on democratic and political issues.

▪   Draw the attention of key decision-makers to the issues pertinent to young people’s livelihood and affirmative Government funding to minimize the effects of the COVID pandemic on youth.

▪   Ensure follow-up on the progress and actions are taken on issues raised in the 1st Vijana Legislative Assembly (2020) including an inbuilt accountability mechanism that ensures that issues of the young people have a result-driven focus as well.

1.     Develop strategies for enhancing the quality of youth engagements in political processes at all levels and improving youth development and mentoring opportunities for effective engagements in civic and political decision-making processes

2.     A proven record of leadership and accomplishment in business, entrepreneurship, civic engagement, or public/government service.

4. Understanding of the Focus and Goals of the Vijana Legislative Assembly of Tanzania Sitting.

5. Fully tested and are COVID19 free 24hrs to the event (for physical participants) 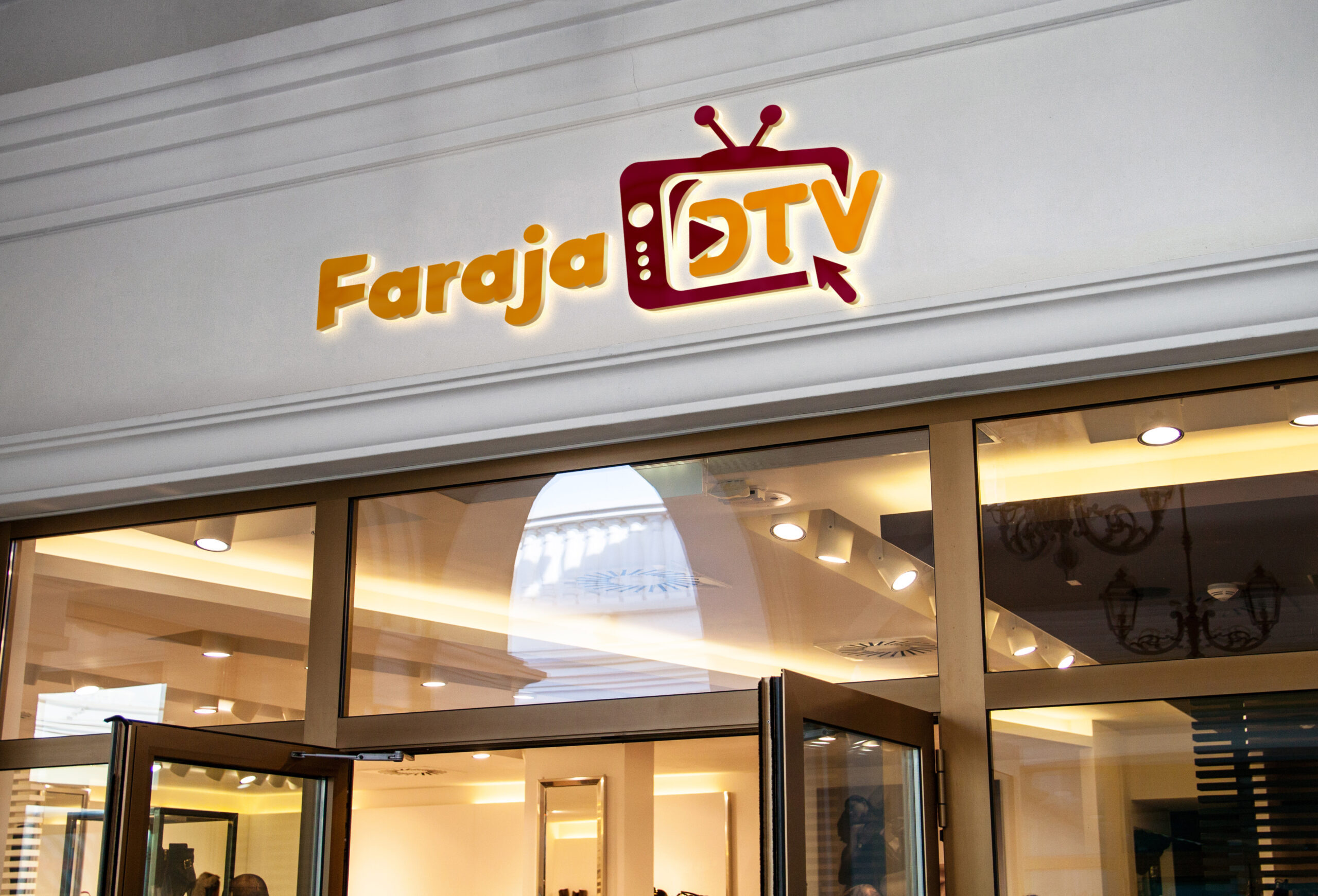 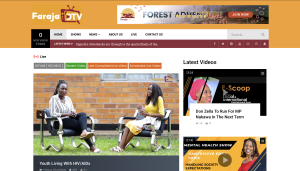 We are proud to announce the opening of a youth digital broadcasting television; Access to information is increasingly becoming expensive for young people and so is media visibility in amplifying their voices. Keeping the young people more marginalised yet they have a lot to not only share but engage in but with fewer opportunities for expression. As traditional media houses continue to disregard young people’s creativity and relevance, the latter have turned to non-traditional media such as Facebook, Instagram, YouTube, and Twitter to share their ideas and thoughts. Which has also given room for the mushrooming of FAKE NEWS.

Hence increasing the need for developing youth-centred and media-driven solutions in this digital age where timely communication is key. With a focus on creating a youth-centred space, Faraja has created a digital television and platform to amplify African young people’s voices and creativity. Faraja Television (also known as FarajaDTv / FDTv) is opened therefore for all young people in Eastern Africa and the rest of Africa.

Faraja Television’s programming module is to reach out to her audiences through the already existent digital platforms such as Facebook, Twitter, Instagram, YouTube, WhatsApp, satellite cable, website and other platforms. In so doing, creating a platform that can get young people’s voices amplified to the right audiences, in a timely and digital savvy medium; for civic awareness/engagement, promotion of the social entrepreneurial culture, African heritage among other youth developmental initiatives. It is a youth channel targeting not only a young audience but also that of key decision-makers (inter/governmental actors, civil society, private sector, etc.) and development practitioners. This will help aid in bridging the gap and developing youth-centred policies, programs and well facilitate the development process of young people.

Therefore, FarajaDTv seeks to create a platform for youth to inform, inspire, and empower each other through relevant, trustworthy, and regional-class quality television programs and services. Television is an open platform for all young people regardless in East Africa and not limited.

For more information, Follow us on Twitter @FarajaDTv for up-to-date news and for live shows please visit https://farajadtv.com \ 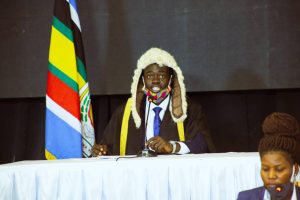 The National Youth Parliament is an important political and legislative space and creative advocacy vehicle that brings together the National Youth Council (NYC), the Uganda National Students Association – (UNSA), Activista Network, You Lead Network, ACDEG Chapter, and young people from civil society organizations, the private sector, and cultural institutions among others. Since its start in 2018, it has been held around the UN International Youth Day as part of the commemoration engagements that play a pivotal role in amplifying youth voices to legislators. Uganda has been a key stakeholder in ensuring that the young people’s issues are included in the National legislative agenda; although, in the 9th and 10th parliaments, it has been quite challenging to ensure community participation in passing various bills into law especially those related with young people. The National Youth Parliament, therefore, is key as it strongly contributes to the participation of such excluded community members.

The 3rd National Youth Parliament Sitting organized under the Platform for Youth Inclusion in Policy (PYIP) coordinated by Faraja Africa Foundation together with partners, the European Union, Democratic Governance Facility DGF and Parliament of Uganda, at Royal Suites Bugolobi on 14th August 2020 under the theme “Youth Engagement for Global Action” in commemoration of the International Youth Day. It was a safe place for youth inclusion in decision making and brought together over 900 voices of young leaders, professionals, and people to the Parliament of Uganda right from the regional level to the national level: leaving no voice unheard.

The 2020 National Youth Parliament was all-inclusive, as it started from the regional level covering Western, Northern, WestNile, Rwenzori, and Eastern Region, all the way to the national level. For each region, 20 young people attended physically and over 50 online. The climax was the National Youth Parliament sitting which convened 30 young people from across the country physically at a half-day event while over 200 attended the session digitally via zoom conferencing. The proceedings were also broadcasted live on NTV and PYIP Partners’ Social Media platforms.

“We all know that young people are the future of a country and with nearly four out of five Ugandans under the age of 30, we could safely say that Uganda has more “future’” than almost any other country in the world”- Ambassador Attilio Pacifici- The Head of Delegation of the European Union Delegation to the Republic of Uganda.

The young honourable members debated on issues that are pertinent to young people in Uganda summarized in the order paper. Issues identified in the regional Youth Parliaments and consultative engagements/dialogues fed into the motions moved at the National Youth Parliament in Uganda and consequently, the East African Youth Parliament Sitting in November 2020. These motions included; Motion on matters of young people’s participation in the upcoming electoral process, Motion on the need for government interventions for young entrepreneurs and start-ups that have been affected by COVID 19 disruptions, Motion on matters relating to increased cases of sexual abuse against young people especially during the COVID19 lockdown, Motion on the fate of learners and students amidst the COVID19 pandemic. Notable in attendance was the outgoing 2019 Youth Parliament Speaker, Hon. Winnie Adur.

The chief guest, Rt. Hon. Rebecca Alitwala Kadaga, the speaker of the Parliament of Uganda, opened and commissioned the National Youth Parliament as a special sitting of the Ugandan Parliament.

“The past two National Youth Parliament have informed discussions on the floor of parliament that concern issues raised by you, like Sexual Offenses bill, the African Charter on Election democracy and good governance, among others.  Our commitment to ensuring that issues discussed here are discussed on floor parliament followed up and resolved still stands…we look forward to continuing our partnership with Faraja Africa Foundation with PYIP partners to ensure more meaningful engagement.” ~Rt. Hon. Rebecca Kadaga- Speaker of the Uganda Parliament

The National Youth Parliament draws the attention of key decision-makers to issues apposite to young people’s livelihood, creates a safe space for young people and allows the aggregation of young voices to collectively push back against non-youth friendly reforms, across the country. Faraja Africa Foundation will continue to