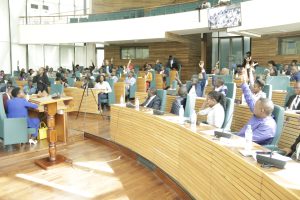 The journey to the Vijana Assembly started last year with the first Assembly sitting as this relevantly done this year with the National Youth Parliament in Uganda and Burundi, and other East African states opting for national dialogues and other pre-YouLead Summit activities. These activities brought together different youth voices from all over East Africa, which were summed up to the national position papers. These papers were then presented at the YouLead Summit 2019 in Arusha for further scrutiny, and the most pressing and crosscutting of the issues therein were included in the order paper of the Vijana Assembly 2019. 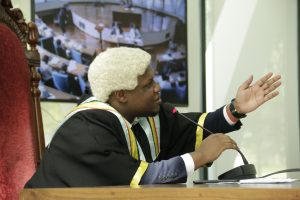 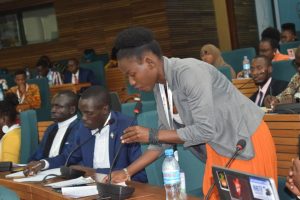 This year’s Vijana Assembly was under the theme “Embracing holistic integration” with specific objectives of finding safe space for young people freely debate on critical issues leaving no one behind; youth participation in the integration, youth and governance challenges in the region, climate change and sustainable development, tax justice and entrepreneurship for young people, harmonization of education system in East Africa in line with Agenda 2063 African and East African integration. It is imperative to observe that the Vijana Assembly comprised of young people from the different civil societies, student leaders from different institutions of learning, youth in business, National Youth Councils, and those from different political parties across East Africa. 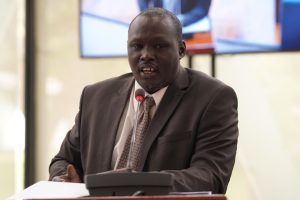 Deputy Clerk Officiating the opening of the Assembly

The Four elected Speakers with the Rt. Hon EALA Speaker at the Center

The Vijana Assembly was opened by the Clerk to the EALA on 14th November and run under the rules of the House. This included complying with the first order of business, that is, swearing in of all members, and thereafter election of Speakers to chair the different sittings. The four Speakers to the Vijana Assembly were elected from Kenya, Burundi, Rwanda and South Sudan; and comprised two ladies and two gentlemen. Uganda and Tanzania obtained the positions of the clerk to the Assembly, whilst handing over the speakership position to the newly elected. It’s important to note that the house overwhelmingly voted one of the speakers as a person with disability (PWD) Rt. Hon Ashuara Michael who is Deaf from Kenya. She chaired the last session with translation for the members. This move was deliberate by the young people, stating that disability does not stop us from collectively progressing hence leaving no one behind, all can lead. 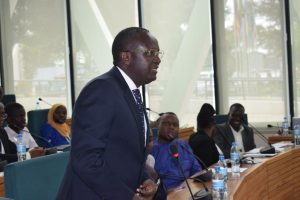 The Speaker of EALA Rt. Martine Ngoga officiating the Closing of the Vijana Assembly 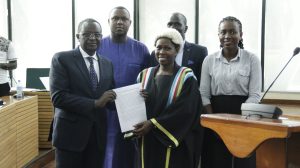 Youth Speakers led by Rt. Hon Ashura handing over the Youth Petition to the Speaker of EALA

The Speaker of the East Africa Parliament, Rt Hon Martin K. Ngoga was present on 15th and participated in the debate, once calling the participants to order over proceeding without introducing themselves on the floor as East Africans from Uganda, Kenya…etc. He congratulated the young people on leaving no one behind in his words saying, “…as young people you have made a statement not only to EALA but the entire world, that disability isn’t an excuse for leaving brilliant minds behind, this has been the most inclusive engagement in these EALA chambers…”

He later officially closed the 2019 Vijana Assembly, where he challenged the young people to fully embrace the integration of East Africa. He noted that he was hopeful that in the near future, a good number of the young people at the Vijana Assembly would be either member of the EALA or even Speaker. He committed that the EALA would ensure that the perspectives of the youth are reflected in the legislative, representative, oversight work, and further pledged to promote youth empowerment. 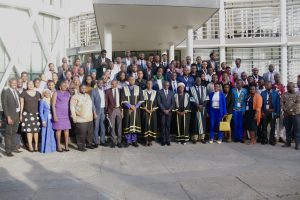 The four Speakers of the Vijana Assembly led by Rt Hon Ashura Michael then presented a Petition to the EALA Speaker, which contained the resolutions from the two day Second East African Youth Parliament sessions before the Assembly was adjourned sine die by the sitting Speaker, Rt. Hon. Ashura Michael from Kenya at 17:30 hours and the members were invited to a photo shoot with the Rt. Hon Speaker, Martin K. Ngoga.

As Faraja Africa Foundation, with partners, we are committed to building an engaging and sustainable programme to follow up on the petition to EALA and key recommendation actions made by the young people in the following order; 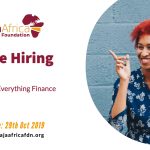 #APPLY: WE ARE HIRING, Job Opportunity for an Accountant-CLOSED!! 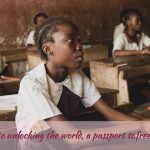 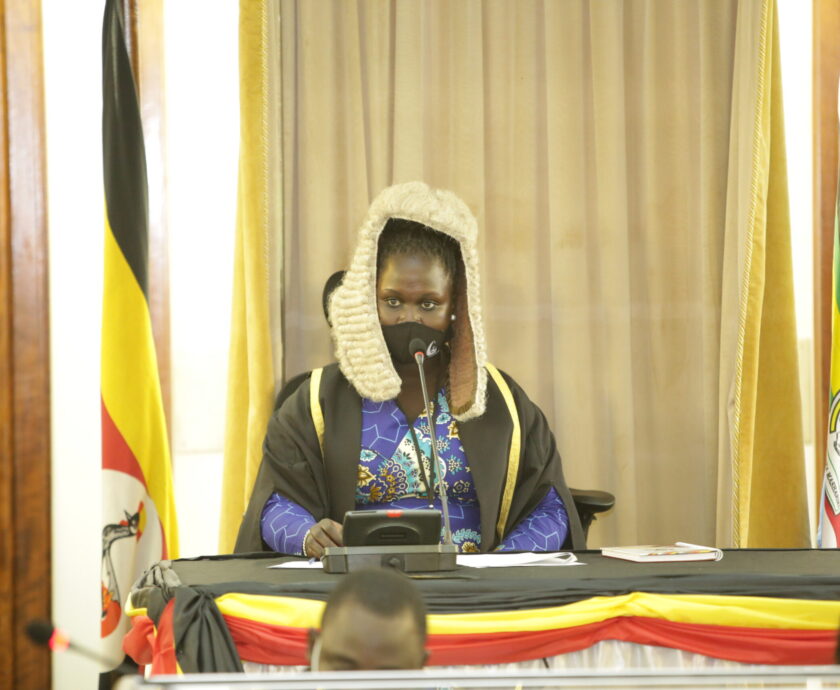 Call For Applications for the National Youth Parliament 2022 #YouthParliamentUG 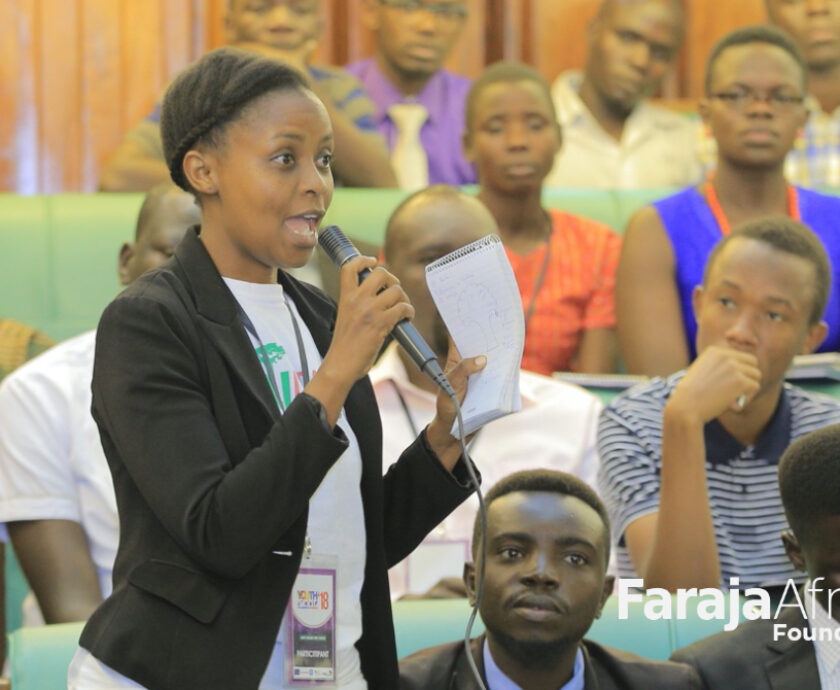